I Don't Care How Much Money His Movies Make

Blaxploitation has evolved and its name is Tyler Perry Studios. That's right, I said it. I have a right to dislike something, no matter how much the masses love it. People enjoyed blaxploitation films, too. (See Quentin Tarantino.)

But, I'm a filmmaker (and film watcher) who does not enjoy being pandered to, being hit over the head with negative black stereotypes, or being forced to endure stilted inauthentic dialogue.

In the March 20th issue, Entertainment Weekly published an article that explores the phenomenon that is Tyler Perry and his films. One point brought forth is quoted from Todd Boyd, professor of critical studies at USC School of Cinematic Arts: "All his productions demonize educated, successful African-Americans. It's a demonization that has long existed in certain segments of the black community." (See "light-skinned vs. dark-skinned, good hair vs. nappy hair, house negro vs. field negro, etc.)

According to the article, Perry's films reflect the thinking of many working-class African-Americans, and dare I say it, uneducated African-Americans. In Madea Goes to Jail, the ambitious, light-skinned female district attorney is a snob, and a conniving, corrupt criminal. Conversely, the most sympathetic character is the darker-skinned, strung out prostitute. Go back to some other films and see the paradigm for yourself.

But, no one will deny the money being made and the jobs being created. Perry's opening up the world of film and giving voice to African-Americans in films and filmmaking that has not been there before. Too bad it's just not my voice. In fact, I don't know anyone personally whose voice he's reflecting in these stories. Who are these mysterious populations of people?

Donald Bogle, author of Toms, Coons, Mulattoes, Mammies, & Bucks: An Interpretive History of Blacks in American Films is quoted in the Entertainment Weekly article as saying, "Tyler Perry understands that much of his audience is African-American women--the most ignored group in Hollywood--so he's doing movies that speak to them."

I'm an African-American woman, and Tyler Perry is definitely not speaking to me. I'm not entertained by a story where a black prince (usually a hard working man's man) rescues a frustrated, unhappy, and/or abused black woman. Personally, I feel like the frustrated, unhappy, and/or abused black woman needs to get a backbone and change her life choices, because there is no such thing as a prince charming; black, white, brown, red, or yellow.

The actors are not saying much. According to the article, nine declined to be interviewed for the story. One actor is quoted as saying, "There just aren't enough roles out there for black actors and even fewer for black actresses, so if someone is going to give you a job, you're going to do it, even if you think it's substandard." Regarding writers, it might be best to leave that stone unturned. It may open a HUGE can of decomposed worms regarding union representation and benefits.

Perry is quoted as saying, "After Obama became president, I realized that black people could not have put him in the White House-- it had to be a collective effort of everybody in the country. My fan base crosses all ages, all cultures, all classes." I guess everybody loves a good, stereotypical comedy.

Well, just as Nelson George, author of Blackface: Reflections on African-Americans and the Movies, and the memoir City Kid, says, "Comedy and stereotypes go hand in hand. That's why intellectuals have a hard time with humor."

I guess I'm too intellectual to understand the comedy. This all takes me back to when I was a little, scrawny kid in the 'hood, and everybody called me a wannabe and said I "talked white". And, just like back then, I'm thinking, "No, I guess I'm just not cool enough to dumb it down." 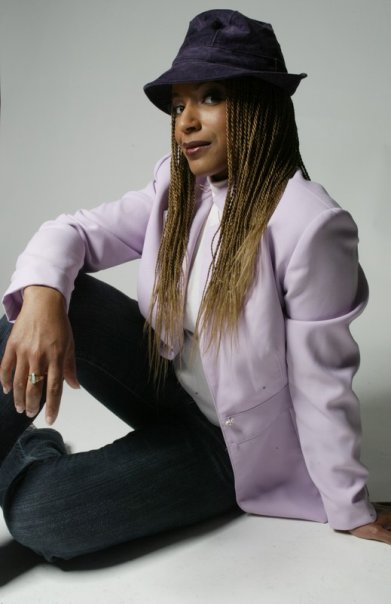